VOTE UPDATE: Your voice was heard! At the Cincinnati Park Board Meeting of December 17, 2020, the Camping and Education Foundation withdrew its proposal for development in Burnet Woods.

One of the four pillars of the Preserve Burnet Woods mission is to “Protect” the greenspace. It’s with your energy, petition signing, organizing, and mobilizing that we again protected the ecological integrity of Burnet Woods Park. What’s more is that around a dozen nonprofit organizations throughout the city of Cincinnati worked in coalition with Preserve Burnet Woods to unify the community voice in support of leaving Burnet Woods a truly public park, and defending equity in access to this peaceful greenspace. Thank you!

On December 17th, 2020, the Cincinnati Park Board will again consider a proposal by the Camping and Education Foundation (CEF), to create a standalone building within Burnet Woods, a public park. Preserve Burnet Woods is opposed to this new private construction in Burnet Woods as a detriment to the important ecological habitat of the park and an unnecessary invasion of private interest on vital urban greenspace. There is no opposition to expanded programming in Burnet Woods, only for the loss of natural habitat. We ask for your support by signing this petition to communicate to the Cincinnati Park Board that the Camping and Education Proposal should be summarily rejected, the MOU nullified, and the discussion of new private construction in Burnet Woods should end.

History: Due to its commercially desirable location between the University of Cincinnati, three local business districts and multiple hospitals, Burnet Woods has been subject to numerous proposals to develop the woods for both profit and non-profit purpose. After cutting Burnet Woods in half for benefit of the UC, the Cincinnati Park Board has historically protected the remaining 89.3 acres of Burnet Woods from further encroachment, recognizing it as critical to the quality of the surrounding communities.

CEF and Cincinnati Parks acknowledge that they have engaged in conversation about a private building in the park since 2014. In 2016, Burnet Woods was subject to proposals to build a restaurant inside the park. In 2018, another development proposal by the Clifton Cultural Arts Center (CCAC) daylighted the discussion of developing Burnet Woods for private use by CEF. In December 2018, the Cincinnati Park Board rejected a standalone building proposal for the CCAC and voted to continue discussion with the Camping and Education Foundation on the condition that the CEF occupation of Burnet Woods was to renew a historical WPA-era nature center already present in the Park, as a shared public space, rather than build a new standalone building for its own private use. This was memorialized by a Memorandum of Understanding. The last presentation of the building proposal to any open public forum that included substantive drawings, models and concept was of the renovation to the Trailside Nature Center.

In March of 2020, the Park Board expressed to CEF its disenchantment with the idea of shared cost for the renewal of Trailside Nature Center, as the Cincinnati Park Board was not the driver for change to that structure. The burden of cost should fall entirely to the Camping and Education Foundation.

In September 2020, it became known to Preserve Burnet Woods that CEF had been revising its proposal for renovation to Burnet Woods as a whole, changing multiple features throughout the Park for its own programming purposes, including construction of a standalone building. Preserve Burnet Woods was advised that this was a University of Cincinnati student project in collaboration with the Camping and Education Foundation and that there was no intention of this moving forward beyond the student venue without community support. As Burnet Woods is adjacent to the University of Cincinnati, the park is a frequent topic of student projects and is used daily for outdoor classroom/study space.

In November 2020, under the guise of viewing the student ideation of Burnet Woods, Preserve Burnet Woods was invited to a non-public meeting. The presentation was incongruent to all renditions of prior CEF proposals advanced to public input and was not in concert with the MOU to renovate Trailside Nature Center. Preserve Burnet Woods acknowledged some good ideas in the outdoor spaces but was clear on opposition to the standalone building.

At a special meeting of the Cincinnati Park Board on December 2, 2020, Commissioner Goetz disclosed that this new CEF proposal for a standalone building would be on the agenda for approval by the Park Board on December 17th. Additionally, the Commissioner specifically requested that a $60,000 allocation for structural repairs to an existing shed be removed from budget consideration as the CEF proposal would remove the need. In review of the proposal documentation, the CEF proposal demolishes a WPA-era stone structure once used as a park concession building and currently used to house the maintenance equipment required for the upkeep of Burnet Woods. Dismissal of this budget need is an alarming indication that the Park Board has already privately decided this matter without any public discourse on the updated proposal and without public feedback.

About Burnet Woods*: Burnet Woods is historically significant with the original park area purchased by the city in 1872 and 1881. It is 90 acres, approximately 50% of its original size. The southern half was acquired by the University of Cincinnati and developed. The most recent loss of parkland occurred in 1950 when the University obtained 18 additional acres.

What remains of Burnet Woods is now a rare urban preserve, home to diverse plant and animal species. The few structures within the park serve only to provide enrichment and enlightenment for park visitors. Since the middle of the last century, the Cincinnati Park Board has not allowed the construction of additional buildings proposed for Burnet Woods. Envisioned structures would have served the community, but their bricks and paved parking areas would have destroyed more of the surviving parkland.

The forest in the park is exceedingly diverse in both species composition and in structure. Burnet Woods is an important and special natural resource, both for wildlife and for people. It provides wildlife with the basics of food, water, and shelter. The natural resources of the park delight visitors, ranging in interest from the naturalist to the casual walker. The fact that it is an island within an urban habitat makes it even more significant.

Over 100 species of trees ranging from showy-flowered understory to majestic canopy trees 100 feet tall have been identified. The wildflowers, ferns, grasses, etc. contribute to the park’s use by many bird species. 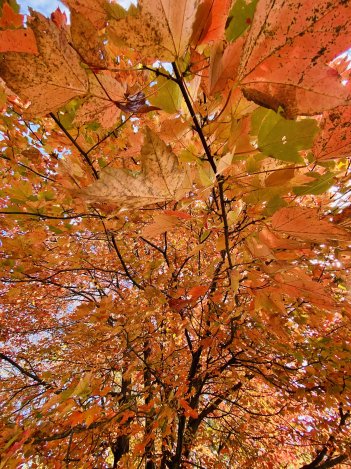 167 different species of birds have been identified in Burnet Woods. 120 of these are transient migrants (birds that pause to refuel in the park during spring and fall migration). Burnet Woods is critical to the surivival of these migrants, which is why the park is identified as an Audubon Important Bird Area (IBA), a designation of global importance. Loss of habitat is the major cause of bird population decline.

Burnet Woods as a central greenspace is also unique in forest species for another reason. The Clifton plateau was less disturbed by the Ice Age glaciers than the surrounding areas. Both geological and botanical evidence suggests that Burnet Woods is a remnant of the older, more diverse “Mixed Mesophytic Forest” described by Dr. E. Lucy Braun of the University of Cincinnati. It is this diversity of vegetation that is the basis for the ecological importance of the Burnet Woods forest. The many plant species and the complex structure of the forest, with its multiple layers of vegetation, are essential factors in making it such productive wildlife habitat. The same diversity accounts for why it is such a wonderful and appealing place where people can take a break from the strains of our urban environment.

Let’s save this one-of-a-kind urban forest and central city greenspace for future generations and all of the public to enjoy.

*adapted from our initial 2018 petition against this project which gathered over 3,200 signatures.